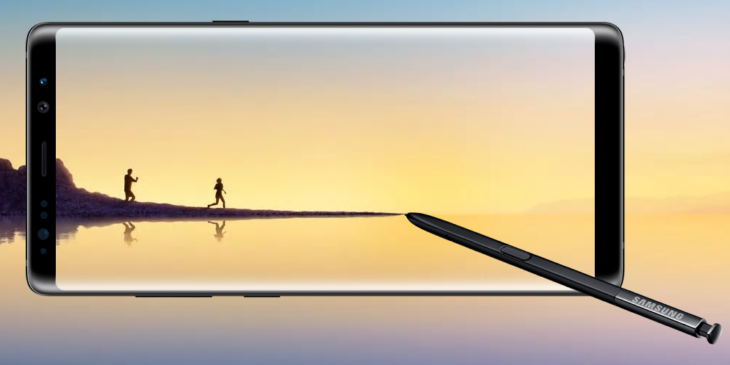 Following on from the Blackberry Motion and Blackberry Key One, I was fortunate enough to get my hands on a shiny new Samsung Galaxy Note8, along with a Dex Station, which I’ll get to in a minute.

The new Note interested me because I work alongside a lot of Lift Engineers and Technicians, who need both big screens, ideally a pen (not least so that they can get the customer to sign once they have serviced their lift) but it also has to be tough, because engineer’s phones are known to fall down a lift shaft or two once in a while. Often the latter is achieved by buying expensive protective cases.

The Note8 which comes in Midnight Black or Maple Gold boasts an impressive 6.3” dual edge Super AMOLED screen which curves round the display. The curved edges phone screen design is still growing on me but I can see why it appeals to many. It has an Octa-Core 2.3GHz CPU and with 6GB of RAM and the model I had came with 64GB available memory, although 51GB is left after the OS and pre-installed apps are taken in to consideration. The back camera is 12 Megapixel whereas it is 8 Megapixel at the front.

This was my first play with a phone with Face Recognition, which seemed to work well, was easy to set up and opened the phone quickly. Whether there are security issues as seen recently with the Apple iPhone X remains to be seen, but rumour is Samsung’s offering is more advanced and secure, yet there are still videos online of it being tricked by using a photograph. If security and piece of mind are important it might be worthwhile sticking to PIN, fingerprint or pattern. The Note8 allows you to lock it with Iris scanning too, however I didn’t delve in to that.

The phone itself is a nice weight and feels like quality. I like for a phone to weigh something, not as heavy as a brick, but a bit of weight to me means a bit of quality, at least with the build. It’s certainly quick and I enjoyed using the Pen to move around the screen and fill out the forms we use here in our office. The Android OS comes with Samsung’s Apps Edge, similar to that of the Blackberry Motion, where you swipe in from the right to reveal apps that you use the most. 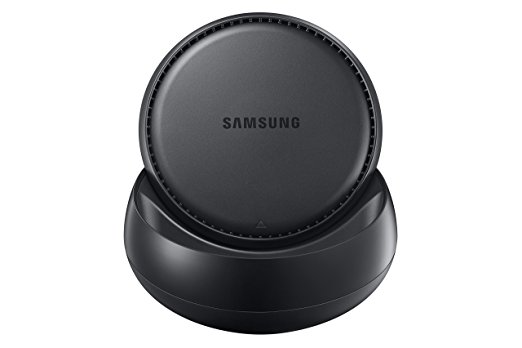 Finally I come to the Dex Station that also came shipped with my trial Note8. The Dex lets you connect your S8/S8+ and Note8 to a monitor, mouse and keyboard providing you with a desktop experience powered by your phone. And all-in-all it worked well and I can see this way of working taking off in the future. Sure, the phone and the Dex together will set you back as much as, if not more than, a top of the range laptop. But who doesn’t own a high-powered laptop and then also own a mobile phone anyway.

After first realising that the Dex would not work with my own USB-C lead I soon had it up and running after first powering the Dex station with the Note8’s fast-charging USB-C cable and adaptor, an HDMI cable to my Dell monitor and then wireless mouse and keyboard using my Mircosoft Bluetooth dongle plugged in to the Dex’s USB slot, that took no configuring whatsoever. I finally plugged the phone in, which was slightly fiddlier than it needed to be. After a few seconds, after the Dex splashscreen, a 42” desktop popped up on my screen allowing me to access any of the apps on my Note8 phone on my monitor. I could easily browse the internet, set up my emails and even work on Word and Excel documents. Although I only tested Microsoft’s Remote Desktop software to connect to my work laptop, that only opened in a small mobile screen sized window, upon further investigation, there are alternatives to use such as Amazon’s AWS, who are one of the partners offering desktop virtualization services. It’s certainly an alternative to carrying around a laptop, or even a tablet, especially if you move from office to office. This way of working can only improve in the future.

Overall I was pleasantly surprised with the Samsung Galaxy Note8, and when it comes down in price over the coming months, I will certainly consider it for our engineers. But currently, it is far too expensive and much more than what they need. It’s certainly a clever phone and Samsung continue to lead the way with many of its features.